Limited Services & functionality due to COVID-19 outbreak & complete lockdown in India .We have taken steps to protect the health of our team members. Dismiss

Environmental organizations and researchers say the wildfires blazing in the Brazilian rainforest were set by cattle ranchers and loggers who want to clear and utilize the land, emboldened by the country’s pro-business president.
“The vast majority of these fires are human-lit,” said Christian Poirier, the program director of non-profit organization Amazon Watch. He added that even during dry seasons, the Amazon — a humid rainforest — doesn’t catch on fire easily, unlike the dry bushland in California or Australia.
Farmers and ranchers have long used fire to clear land, said Poirier, and are likely behind the unusually large number fires burning in the Amazon today.
The country’s space research center (INPE) said this week that the number of fires in Brazil are 80% higher than last year. More than half are in the Amazon region, spelling disaster for the local environment and ecology.
And 99% percent of the fires result from human actions “either on purpose or by accident,” Alberto Setzer, a senior scientist at INPE, said. The burning can range from a small-scale agricultural practice, to new deforestation for a mechanized and modern agribusiness project, Setzer told CNN by email. 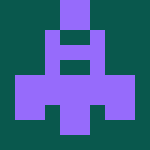 What should I do as an ECE student?

Nine skills you should learn that pay off forever